More Than 20 Years of Experience

Legal Advice and Representation From an Experienced Lawyer

we are a hometown firm with big-firm trial experience. Joseph D. Neyman Jr. believes you deserve a lawyer on your side who will take the time to get to know you, answer your questions, and advocate for you at every step. 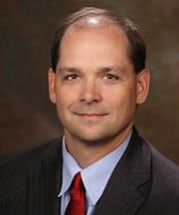 Get to Know Joseph

Licensed in Mississippi and Tennessee, Jody Neyman has been practicing law in Hernando since 1996, with extensive trial experience representing both Plaintiffs and Defendants in State and Federal Court. In addition, Jody has served as legal counsel to DeSoto County, Mississippi and the DeSoto County Sheriff's Department.

Jody has been actively involved in the DeSoto County Community, having been a participant in Leadership DeSoto, served as a past President of the Hernando Optimist Club and the Hernando Chamber of Commerce Board of Directors. Jody is also a member of Independent Presbyterian Church in Memphis, Tennessee. Jody resides in Hernando with his wife, Mary Phillips, and their children.

My Goal Is To Provide The Highest Level Of Representation

Attorney Joseph "Jody" Neyman has successfully tried cases in a wide range of courts throughout Mississippi and Tennessee as well as in federal court. His experience ranges from:

At Neyman Law Firm, PLLC, we will not settle a case just to get an easy buck. We know that you have only one opportunity to resolve something that will affect your future. Opposing parties know we will not accept a settlement that is less than what our clients deserve, and we will ready to see them in court.